HEY GUYS I STILL EXIST! I've been RPing at

route_29 and apparently I am also joining

If you want to talk to me about anything other than cards probably don't do it on this post because this is a designated card posting post. But you can always PM me or hit me up at

Moved to whitherward.fairy-fountain.net!
Please continue to leave trades on this post!

This entry was originally posted at http://vethica.dreamwidth.org/115383.html. Comments:

Well I guess it is just about time for another one of these! Four episodes in this one.

All warnings from the previous two posts apply. Happy reading, yo.

This entry was originally posted at http://vethica.dreamwidth.org/114954.html. Comments:

Started season 2! I figured I'd start posting this liveblog in chunks, instead of waiting till the end of the season to make a huge post. Season 2 is very long, after all, and this way the feels stay fresher! Doing it a few episodes at a time is probably easier to read for you guys as well. c: But let me know if this is too few episodes for one post. I'll adjust the future ones accordingly.

All warnings from the previous post apply, this time also including fetishization of possession. (hi my name is Veth and I have a huge possession kink) (hi veth) So, you know. You've been warned. :B

This entry was originally posted at http://vethica.dreamwidth.org/114802.html. Comments:

So, hey guys. I know I haven't posted in about seven months. I'm sorry if anyone was worried about me (although I don't think anyone was, because I've been very active on tumblr and AIM and elsewhere during that time, but you never know). The reason for this absence is, well, kind of embarrassing. It is simply that I just couldn't write the next 100 things post. After taking so long since the last one, I didn't want to make a new post without having it be an 100 things one. But I kept staring at the compose draft page and nothing very interesting was coming out. So I kind of... dropped off the face of Dreamwidth and LJ altogether. (Well, except for

fandomsecrets.) It's been long enough, though. So I guess this is a notice that my 100 things is on hiatus until I can bang out a post that's reasonably good. Sorry about that, y'all.

Now I've got to give an explanation for this post I'm making now. I have, as some do, a paper journal, in which I chronicle those of my thoughts that are too embarrassing, ridiculous, or personal for the outside world. A fair bit of fandom stuff makes its way in there too, and so as I've been rewatching JCA recently, I ended up writing down my thoughts on the episodes in said journal, in something of a livebloggy fashion. I just finished season 1 yesterday, and while looking over the notes I'd been taking, I realized that there was nothing too too personal in there, and that they contained a lot of thoughts I wouldn't mind sharing. I've recently been connecting with a bunch of JCA fans on tumblr (active JCA fans exist!! And they are cool people!!! ♥), and so I thought hey, if I typed up this liveblogging I did, there might be people around who'd want to read it. So I did, and maybe there are! (I should probably tell you now that it's missing four episodes, so you hopefully won't be too disappointed if you were expecting all 13. I watched them; I just didn't write about them. ._.;; Also, just so you're aware, it's quite long! But it's all bullet points, so hopefully it's not too much of a pain to read. c:)

Warnings: This liveblog wasn't written with anyone in mind except myself. The following has therefore been slightly modified from its original version. It has been formatted to fit your screen, and also with the intent of excising irrelevant stuff and making me seem like slightly less of a creeper. It still contains some NSFW talk (though nothing graphic), discussion of a pretty pedo ship, fetishization of vulnerability, fangirling in amounts that are possibly unhealthy and definitely embarrassing, and a higher-than-usual incidence of the letter V. If any of that bothers you, you should turn around now.

Oh look I have not posted here in a while I bet this post will be some kind of life update or an 100 things right? Lol nope it is another meme. (yaaayyy) Ganked this one from

Also, Merry Christmas! Have a good one, all you Christmasers out there. c:

Okay, dammit, I meant to do a few more 100 things posts before the next non-100 things entry, I really did, but

fujicori recently posted a variation on one of my favorite memes of all time and I couldn't resist. ;_; Besides, this is probably more fun anyway! So do it you guys. Dooo iiiit.

﻿1. Come up with 10-25 characters from various fandoms.
2. Assign each character a number.
3. Make up clues comparing certain characters to each other. (Examples: 9, 10, 13, 14, and 20 all have the same hair color; 5, 1, 8, and 10 are all killed off canonically; 2 and 16 are both peace-loving angels.) Be creative! Make sure there are enough clues to give someone a decent chance at guessing the characters.
4. State which fandoms you used, how many characters, and your clues in your journal for your f-list to guess. Asking for extra clues is permitted, provided the clues are given in the above format.

Crossposting this to DW, as I do all entries these days, but I'll update both posts if people get any answers! :D And I do hope some of you try this. I spent like an hour thinking of the clues. :P

100 of My Fandoms
22. Degrassi: The Next Generation 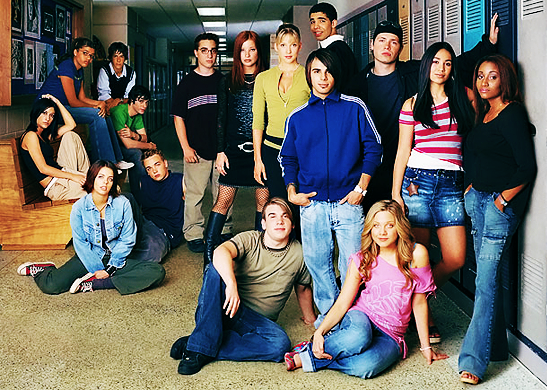 Okay, so I haven't posted since mid-July. Is there a reason for this? Well, sort of. I got caught up in work for my internship, and when I was done working for the day I was generally too burnt out to make a post. And when I wasn't I was probably playing Pokémon Conquest or something. :P And about a week after that ended, I left for Japan. So here I am, about a month into Japan and finally feeling like I have things together somewhat, so I decided maybe I ought to post! Besides, LJ has once again decided it would be a good idea to make a completely unnecessary and unwanted change, this time to the posting page, so I should enjoy this one that actually works while I can. :B

So I guess I'll just post some things from my life I've been thinking about. Starting with stuff about Japan.

I think that is it about Japan, but let me know if you guys have any questions, or if you want me to get you anything! I will do it. I will get you things. You may have to pay for them depending on the price though. :P

And now on to some fandomy stuff!

my life everyone. Well I think that is quite enough for one post! Don't worry, though; for anyone who's been waiting with bated breath for my next 100 things post, I'll try to get it up soon. C: (that's what he said)

EDIT: Wow I almost forgot. You guys remember the dakimakura case I mentioned commissioning from

soltian a few months ago? Well, here's the finished product! Yes, it's Valmont. Did you guys expect anything else from me. c: Aaaaaaaahhhhhhh it's perfect though and I'm really sad I'm in Japan and not at home where I can hug my new dakimakura. I urge you guys to commission your own ones when she opens commissions up again next month or so! Because seriously. ♥ 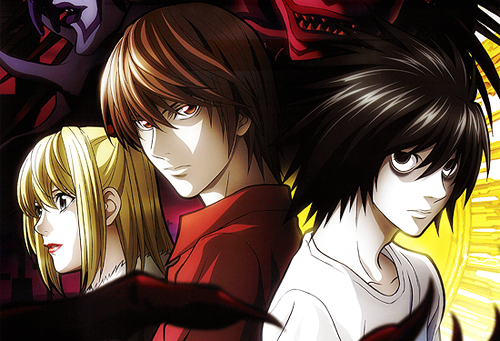 100 of My Fandoms
20. Deadman Wonderland 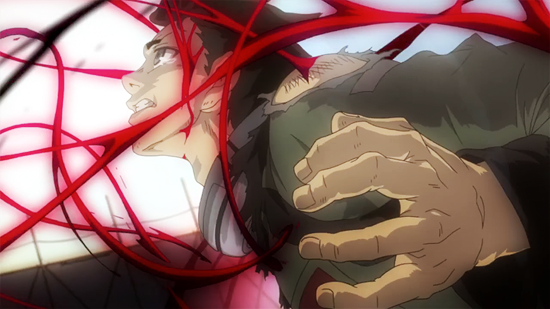